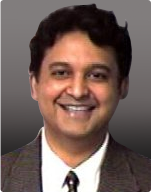 Ashish G. Shanbhag, M.D. received his medical degree from the Medical University of South Carolina and attended Wofford College for his undergraduate studies. He went on to complete a residency in Physical Medicine & Rehabilitation at the University of Minnesota. He subsequently completed advanced fellowship training; initially Neuromusculoskeletal Medicine, Interventional Spine, & Pain Management at the University of Minnesota, followed by Electrodiagnostic Medicine (EMG/NCS) at the Medical University of South Carolina. Dr. Shanbhag then went on to complete clinical postgraduate training in Endoscopic & Percutaneous Spine Surgery at Synergy Spine Center. He is one of the few physiatrists both nationally and internationally to have completed advanced training in minimally invasive spine surgery.

The decision to pursue medicine came early in life for Dr. Shanbhag, being the son of two physicians. His interest in the neuromusculoskeletal area of medicine was spurred by his own athletic pursuits, having played tennis for his high school and college, as well as having played football on one of the state championship teams for the legendary and National High School Coach of the Year – Willie Varner.

Dr. Shanbhag's primary objective as a physician for each patient is to identify, locate, and reduce their individual and unique source of spine pain. He approaches every patient with an open and interested mind set, and with a tenacious resolution to achieve that goal. His philosophy to that extent is to provide care and treatment for each patient as he would his own family member.